Christian J. Lange is a registered German architect and Associate Professor (Teaching) in the Department of Architecture, where he teaches architectural design and classes in advanced digital modeling and robotic fabrication. He is the Director of the Fabrication and Material Technologies Lab, and the Leader of the Robotic Fabrication Lab of the Faculty of Architecture at the University of Hong Kong. Lange received his Master’s of Science in Advanced Architectural Design from Columbia University in 2003 and his Diploma in Architecture from the HTWK Leipzig, Germany, in 2001. Before joining HKU in 2009, he taught Design Studios in collaboration with Professor Lars Spuybroek at the Georgia Institute of Technology, Atlanta, and with Professor Karl Chu at Columbia University and Pratt Institute in New York. He has worked in the offices of Foster and Partners, London, METAXY, Los Angeles/ New York, Sauerbruch Hutton Architects, Berlin, and Eisenman Architects, New York. In 2006 he co-founded Rocker-Lange Architects, a research and design practice based in Boston and Hong Kong.

Lange’s research is primarily focused on the innovative generation and organization of Architecture through computational design and experimental fabrication techniques. In 2016 he founded the Robotic Fabrication Lab at HKU, which is the first of its kind in Hong Kong. The laboratory is set up as a unique research environment to facilitate internationally leading research in the field of architectural robotic fabrication, prototyping, and construction. Currently, the research focuses on robotically 3D printed terracotta building components. His research has been published in the US, Asia, and Europe at conferences such as ACADIA, CAADRIA, and eCAADe.  Lange’s work has been featured in over 30 exhibits worldwide, including the Venice Biennale and the Hong Kong & Shenzhen Bi-city Biennale of Urbanism and Architecture.​ 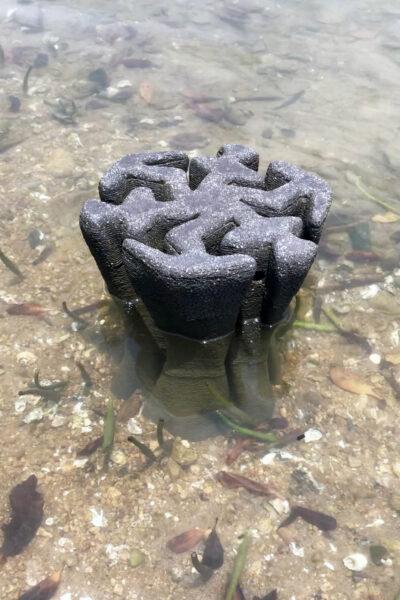