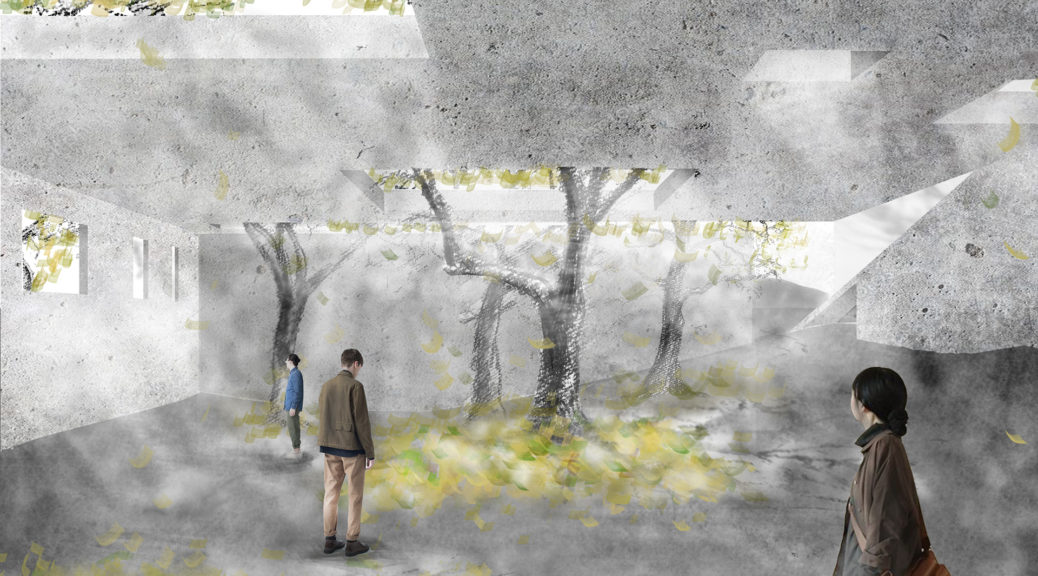 The studio had two main goals: to consolidate the basic design vocabulary (elements and principles of design) explored in Design Studio 1A; and to anchor the planting knowledge obtained in ARCH 2105 Plants and Design 1. Students started the studio selecting a tree species to study and analyse. In addition to their recently acquired botanical knowledge, they developed a broader understanding of the tree informed by the artistic, social and cultural aspects that define it. Students also looked into the physical features of the tree. They produced abstract drawings and models, gradually distilling into a spatial concept some of the characteristics that make the observed trees more distinctive. After these considerations and formal explorations, students went on to develop the concept for a specific site in Hong Kong: Red Brick Hill. The brief asked them to imagine an open-air museum dedicated to showcase an indefinite number of specimens of their choice. Concepts combining previous formal abstractions and socio-cultural association were confronted with the temporal and spatial changing needs that resulted in ephemeral studies and growing scenarios. The open-air museums seen here provide a valuable catalogue, not only of trees, but of landscape designers’ dilemmas and the attitudes and tools at play to solve them. 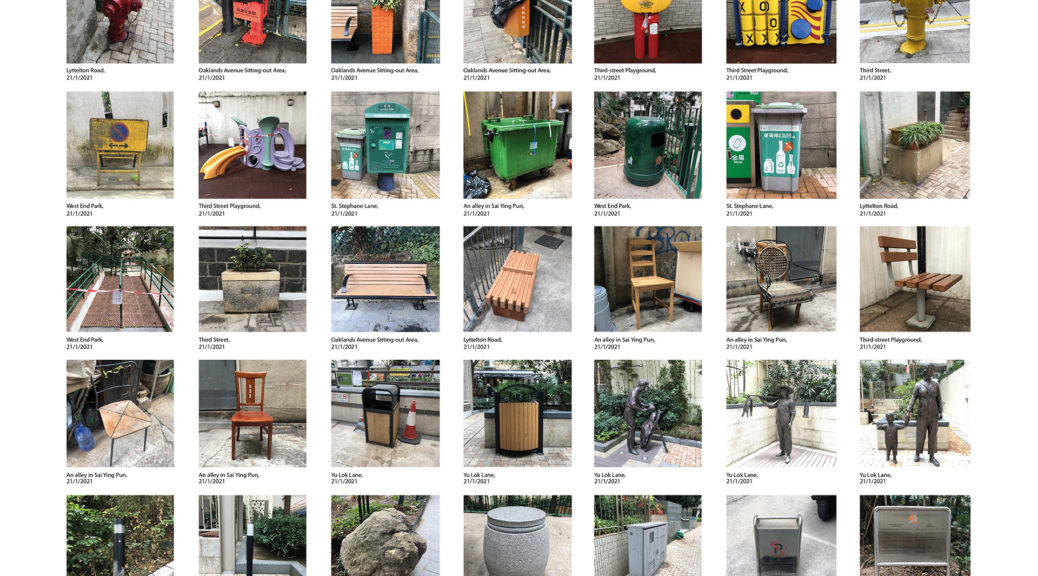 The studio works as a design primer, and as such, it introduces students for the first time to the elements and principles of design. Small scale objects and the spatial relations we establish with them formed the basis of our work. Three projects were proposed. The first exercise took students to explore familiar streets and their objects through the lens of a designer. Random walks inspired by the situationists’ derives were performed. Students represented their walks and chosen objects or situations through diagrams, photography, and drawing. The second exercise took students to play with origami-like structures. Following a set of given constraints, they transformed a piece of cardboard into a three-dimensional object; an object with no assigned use. The resulting useless object was then transformed by linking it to a function borrowed from one of the objects found in their previous walks. Finally, students worked on a site-specific intervention. Taking Bernard Tschumi’s follies as a starting point, students proposed 12 structures to host a temporary aviary on the Peak. The project, called micro-follies, continued to explore matters such as human scale, movement, and perception in space. This course intends to familiarise students with the vocabulary and tools that form the basis of design. The course was structured around three consecutive exercises of increasing complexity that had in common formal investigations around three dimensional objects. Firstly, students started applying some of the techniques learnt in Landscape Representation to analyze a given sculpture. The focus was placed on qualities such as form, scale, proportion, and composition, and how these can be applied in conveying a concept. Secondly, students were asked to imagine a three dimensional object with no function pre-determined to occupy the voids left by the once ubiquitous telephone cabins. The exercise confronted them with the dire reality of construction as the proposed designs had to be built in 1:1 scale. Thirdly, students were asked to imagine a landscape intervention on a real site: a garden for an artist in residence. In this case, the focus shifted from an object’s qualities to qualified space. Starting from the analysis of the artwork conducted in the first exercise, and from their small research about the artist’s formal (or informal) preoccupations, students had to think of space as reflecting on the character of a specific user and of the possible ways in which this space might be experienced. The content and the flow of the course emphasized the understanding of body and object and the relations that can be found between them. Four main projects and a preliminary exercise were proposed. Pre-positions was a preliminary exercise where students had to explore their own physical presence in relation to a number of mundane objects that define our everyday streetscape. Relationships between body and object were documented through the use of digital photography. In origami, a set of rules were provided for students to deliver a three dimensional object. Physical operations such as cutting, slotting, and folding were performed on a sheet of paper and later modeled and re-drawn digitally. In sitting object students had to scale up their origami exercises, turning them into objects that allow users to rest. In Site, students were introduced to an imaginary site that contains elements such as trees, hedges, water, boulders, and walls with A/C units. Students were asked to apply further modifications to their objects in order for them to become site specific and respond to their environs. Finally, in Site Walk, students had to imagine (and negotiate) a walking path from their assigned position on site to another position of one of their classmates. The focus this time was on experience and the changing landscape qualities, while making use of representation techniques such as collages, plans, and experiential sections. This “Introduction to landscape studio” focuses on grasping the fundamental design skills. The topic of the design project is “Open-Air Museum”, in which you are to design a landscape space to host an art piece. Students began the design exercise by (P1) studying and learning about the art piece assigned, as well as the philosophy and approach this particular artist adopts(ed). Topography is an important element to a landscape project. In the second phase (P2), students were asked to conceptualize their understanding of the terrain, using languages and operations in the design profession. Continuing with the study of terrain, students then eased into learning how spatial concepts can be applied to a landscape as design interventions. Students used simple landscape operation techniques to engage in (P3) conceptual interventions on/in/with a landscape that will eventually derive compositions, datum, proportions, and hierarchies of spaces. In the precedent studies exercise (P4), students learned from a set list of landscape projects to see how landscape architects develop their work with the theme of art and/or with a terrain. In the next phase, students brought back conceptual understandings of the art piece learned from P1, and used their intervention technique learned from P3, to engage it to the site. Students also embraced their terrain understanding from P2, their references gained from precedents studies in P4, and the design of space for this “Open-Air Museum”(P5) . The spatial design of the “Open-Air Museum” not only should relate to the art piece it is hosting, it should also consider how visitors interact with the space with appropriate scale understandings. Human scales and articulations in dimensions are to be explored.