The Shenzhen Experiment: The Story of China’s Instant City

Shenzhen is ground zero for the economic transformation China has seen in recent decades.  In 1979, driven by China’s widespread poverty, Deng Xiaoping supported a bold proposal to experiment with socioeconomic policies in a rural borderland next to Hong Kong.  The site was designated as the City of Shenzhen, and as China’s first Special Economic Zone (SEZ). Within 40 years, Shenzhen grew at an unprecedented rate into a megacity of 20 million and the world’s most successful economic zone.  Some see it as an instant city solely attributed to centralized planning, economic policies, and proximity to Hong Kong.  Hundreds of new towns have been built using the “Shenzhen Model”, yet none has come close to replicating the city’s success. What makes Shenzhen so special?

Is it true that Shenzhen has no meaningful history? That the city was planned on a tabula rasa? Where the  rural past has had no significant impact on the urban present?  This book unravels the myth of Shenzhen, showing how the success of this modern “miracle” depended as much on its indigenous farmers and migrant workers as on central policy makers.  Drawing on a range of cultural, social, political and economic perspectives, the book uncovers a surprising history—filled with ancient forts, oyster fields, urban villages, a secret informal housing system—and personal narratives of individual contributors to the city. The Shenzhen Experiment is an important story for all rapidly urbanizing and industrializing nations around the world seeking to replicate China’s economic success in the twenty-first century.

“As urban planner Juan Du shows in this deep dive of a history, the ‘instant city’ narrative is a myth. Sweeping aside slick origin stories, Du reveals a reality in which Shenzhen’s prosperity is driven by oyster fishers, vibrant night markets and the aspirations of millions, not just by the policymakers of Beijing.”—Nature

“Explores the blurry history of the city, beginning with its farmers and oyster fishermen… An important story for architects and planners everywhere facing the excitement as well as perils of rapid urbanization and industrialization.”—The Architect’s Newspaper

“Tell[s] the story from the ground up of Shenzhen, the southern city just across the border from Hong Kong that symbolizes like no other China’s economic success… Du aims to break through the clichés that have dominated so many accounts of Shenzhen… By rooting her story in the ‘countless individuals’ who defined the city, she argues that Shenzhen is much more than a top-down exercise in building a modern metropolis.”—Financial Times

“Endeavors to move beyond the caricature of Shenzhen as a historyless tabula rasa… Provides a nuanced and detailed historical grounding, drawing on a diverse range of sources and primary research. Blending the personal and the historical, it is an outstanding primer on the fascinating fortunes of a city which will only grow in national and global significance over the course of the next decade.”—Jonathan Chatwin, Asian Review of Books

“In stark contrast to conventional, flattened accounts of this vast Chinese city, Juan Du has given us an architect’s magical encounter with a place that we cannot quite see with our eyes, but can experience in fragments. I love this account of Shenzhen.”—Saskia Sassen, author of Expulsions: Brutality and Complexity in the Global Economy

“A rich history of China’s famous ‘instant city,’ which may not be so instant after all. Juan Du takes us on an informative and unexpected journey through a major metropolis.”—Yung Ho Chang, Principal of Atelier FCJZ, Beijing

“This remarkable exploration of modern China reveals the humanity hidden in the shadows of international finance and globalized architecture. It is the extraordinary story of ordinary lives surviving and thriving in one of China’s most dynamic cities.”—Austin Williams, author of China’s Urban Revolution and New Chinese Architecture: Twenty Women Building the Future

“Shenzhen, the fastest growing city on earth, has been globally acknowledged as the test tube for modern China. In The Shenzhen Experiment, Juan Du deftly uncovers the secrets of the city famous for its unprecedented economic development and social mobility.”—Ole Bouman, Founding Director of Design Society, Shenzhen

“‘The Shenzhen effect: Why China’s original ‘model’ city matters more than ever.” CNN, May 23, 2020 (https://edition.cnn.com/style/article/shenzhen-effect-china-model-city-intl-hnk/).

“In Shenzhen, ‘urban villages’ like Baishizhou have been lost to the megacity myth.” South China Morning Post, February 16, 2020 (https://www.scmp.com/magazines/post-magazine/long-reads/article/3050428/shenzhen-urban-villages-baishizhou-have-been). 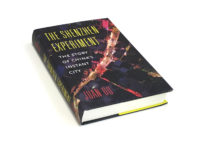 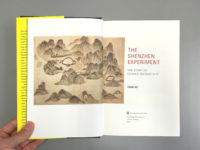 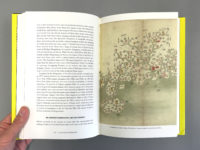 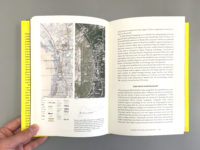 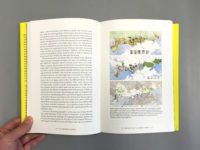 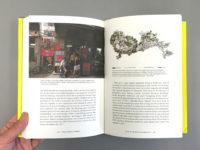 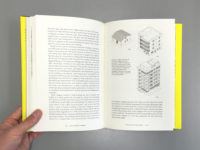 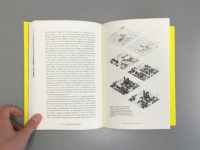