The Friendship Home is a pilot project to explore and champion for better transitional housing conditions for Hong Kong’s working homeless population. For over a decade, the Society for Community Organization (SoCO) has called attention to the inadequacy of homeless shelters due to lack of privacy, comfort, flexibility, and in general, is a not stable dwelling environment to allow the working homeless a chance to get back on track. In 2018, in collaboration with SoCO, we designed and constructed the Friendship Home, converting four long-abandoned flats in a tenement building block that awaits demolition due to “urban renewal.” SoCO gained a 2-year rent-free period to operate the Friendship Home because the building’s expected waiting time for demolition for redevelopment was five years. The challenges of minimal budget, maximum occupancy density (6 per small flat), and the limited timespan of the usage of space, all contributed to a unique design and unconventional construction process. Each module holds a bed and desk, with a lockable drawer, reading light, and a small hanging ceiling fan, all meant to allow the individual control over his or her own small environment. Each module was designed to take up minimal structure and space to allow for the remaining space for communal cooking, dinning, and television viewing. Once the components arrived on site, the assembly and construction were done by members of my design team, volunteers, SoCO social workers, as well as members of the homeless community known to SoCO. Several of those who participated in the construction process later became residents of the Friendship Home. In the near future, when the modules need to be disassembled and re-constructed elsewhere in the city, the team work will continue. 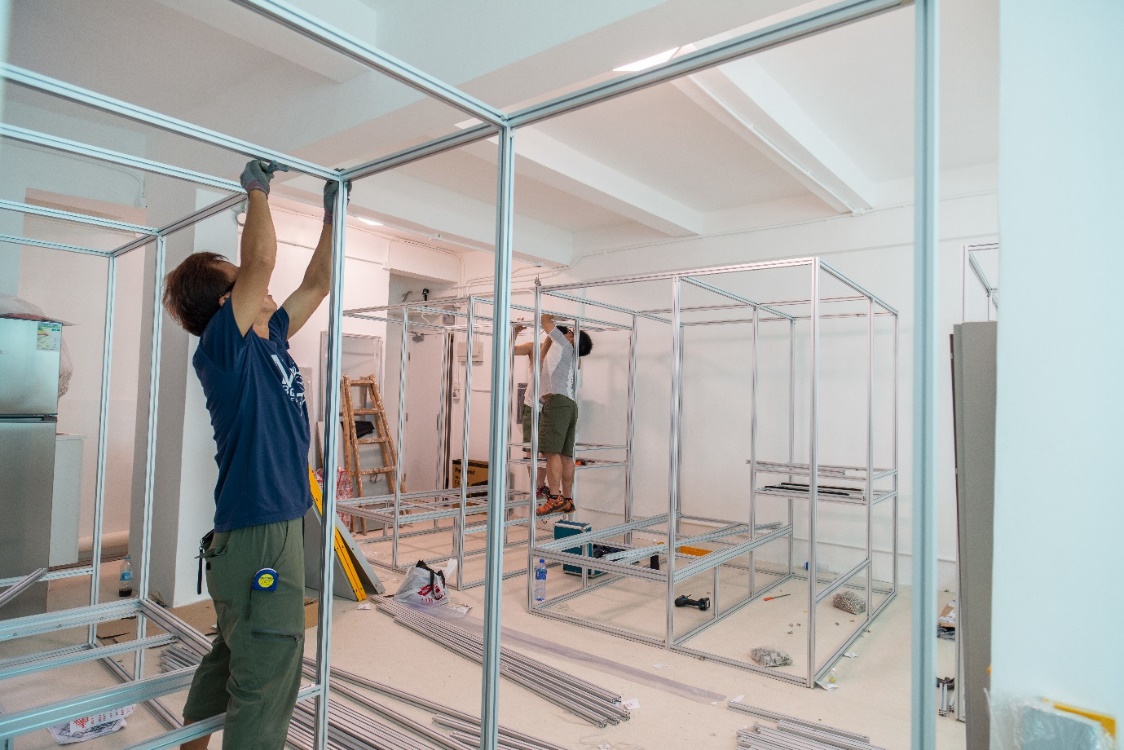