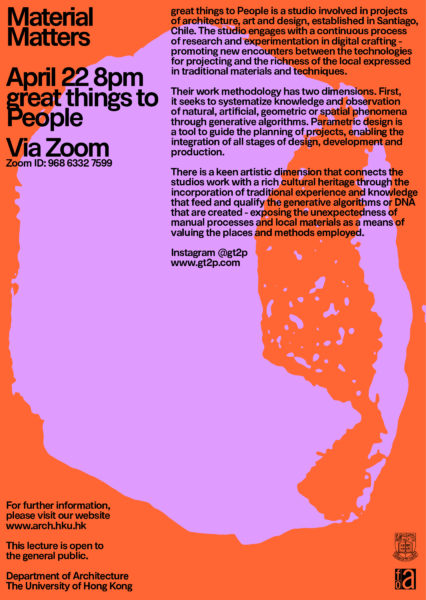 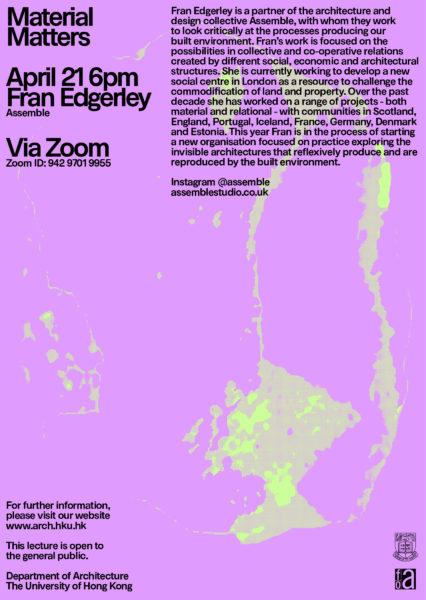 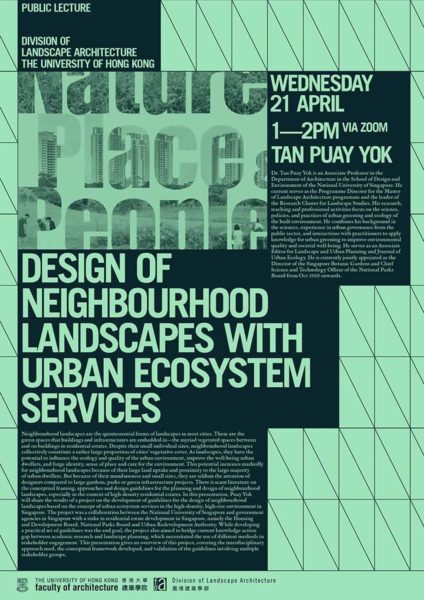 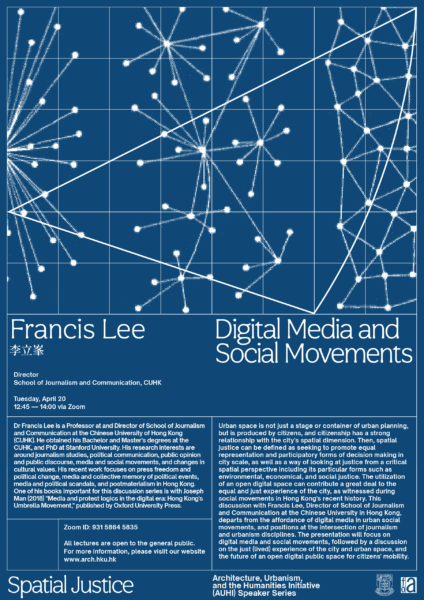 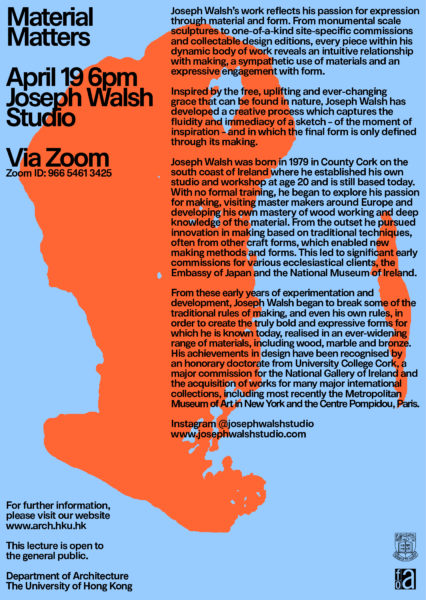 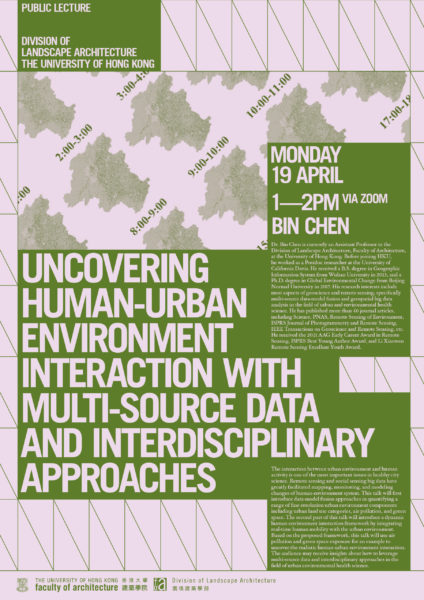 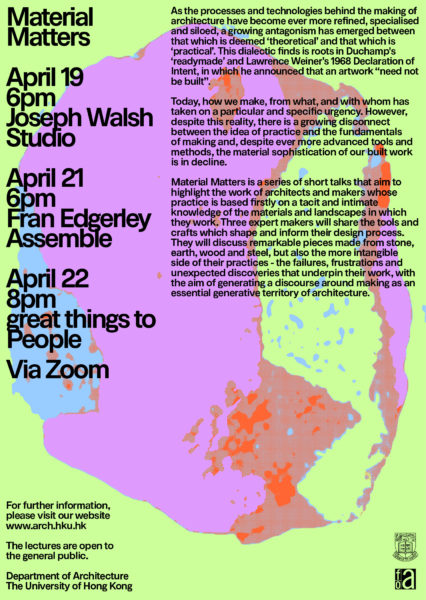 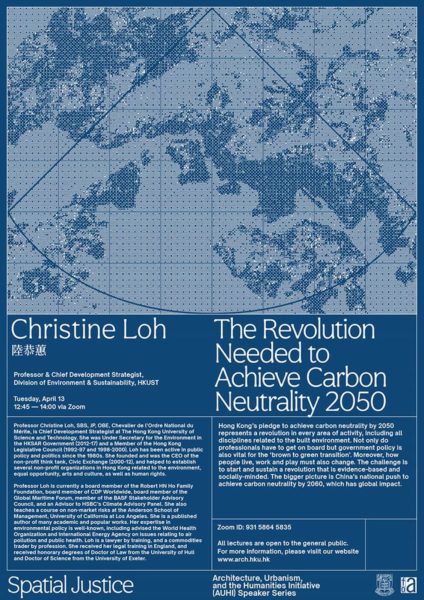 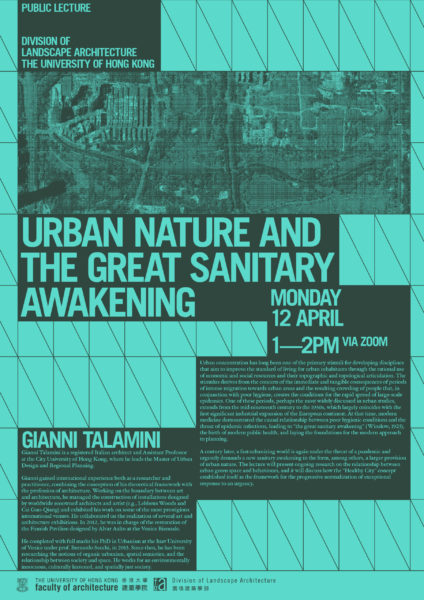 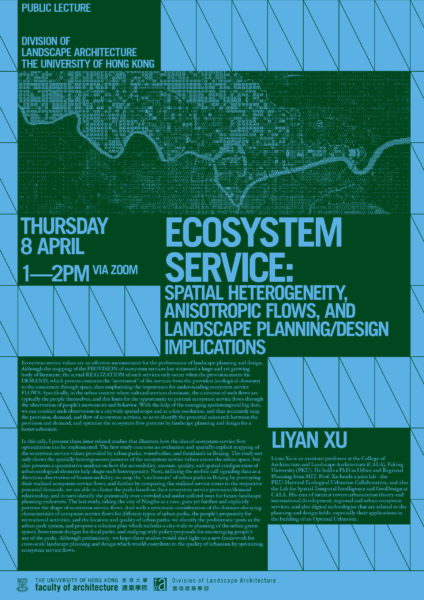 Architecture is seen as both an art and a science, gaining from both the intuitive and the analytical, with inspiration from nature, culture, technology or experiments through drawing and modelling.

Furthermore, WilkinsonEyre believes an imaginative response to brief and context is best delivered through informed dialogue across traditional boundaries; bridging art and science through a collaborative exploration of the boundaries between different design disciplines. Engineers, landscape designers, fabricators, contractors, agents, artists, users and lighting designers have all been creative collaborators and a mutual interest and understanding of each other’s skills and knowledge contributes to the holistic and integrated architecture of the practice.

Stafford Critchlow and Matthew Potter will discuss the practice’s design approach in projects from around the world under four broad themes:

This public lecture is associated with WilkinsonEyre’s exhibition at the Anita Chan Lai-ling Gallery, Fringe Club, between 15th and 26th of May 2018. The 11 selected projects exhibited are captured on film and in transparent glass blocks to evoke a sense of the light, space and form that makes our built projects uplifting to those who experience them.

Stafford is interested in architecture as a vehicle for social change, be it an education building, museum or research facility. He enjoys the juxtaposition of new buildings, or new building elements, with old structures – and the human and contextual richness that this can provide.

He has led projects across a number of sectors for the practice including cultural, commercial, research and development, and more recently, numerous mixed-use and education buildings. These include the University of Oxford’s Department of Earth Sciences, several projects for Queen Mary, University of London, the Forum at the University of Exeter which was awarded Best Higher Education Building at World Architecture Festival 2013 and the completion of the first phase of a new development for North West Cambridge.

Current UK projects include the New Museums Site for the University of Cambridge providing new facilities for the departments of Geography, Zoology and Land Economy, and the Westminster Bridge Campus Masterplan for Guy’s and St Thomas’ Charity.

A Fellow of the Royal Society of Arts, Stafford takes an active role in debate about architecture at home and abroad. He is a member of Design: South East and Islington Design Review panels and in 2018 joined the UK Council of the Creative Industries Federation. He speaks regularly at industry events and is a professional studies adviser to architecture students at Cambridge University.

Matthew runs WilkinsonEyre’s Hong Kong office and has played a pivotal role in many of the practice’s award winning projects in the region.

He worked out of the London office for 11years prior to moving to Hong Kong. His past projects include the re-purposing of the Grade-II listed London King’s Cross Gasholder ‘Triplets’ by transforming the redundant cast-iron structures into high end residential apartments; the resolution of the complex geometries related to the structural diagrid and cladding of the award-winning Guangzhou International Finance Center, one of the tallest buildings in the world; and was the project architect for the cooled conservatories at Singapore’s Gardens by the Bay, working on the project from the initial, competition-winning designs in 2006 to its successful completion in 2012. The project received the World Building of the Year Award 2012 at World Architecture Festival and the RIBA Lubetkin Prize in 2013.

Since Matthew moved to Hong Kong in 2015, the WilkinsonEyre Asia Pacific office has won work in a broad range of sectors including a competition-winning scheme for a 30,000sqm conservatory complex in Tianjin PRC, a 60Ha resort masterplan with all-weather recreation facility in South China, a 250m tall commercial tower in Shenzhen and the Sky Bridge at Hong Kong International Airport.