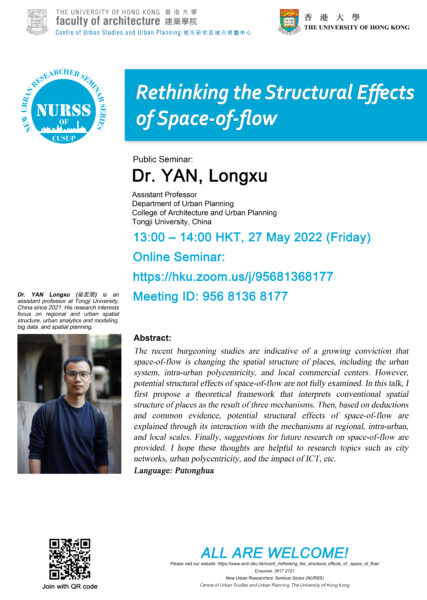 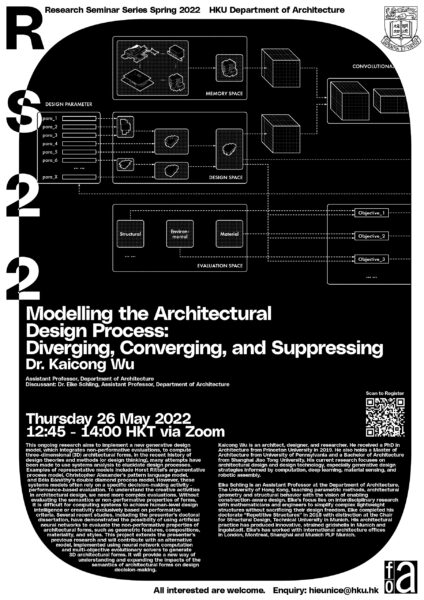 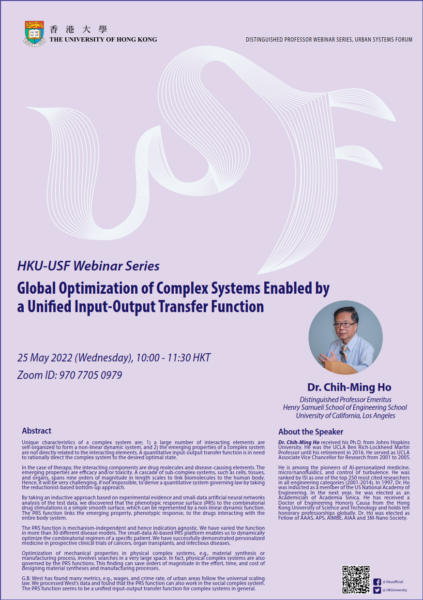 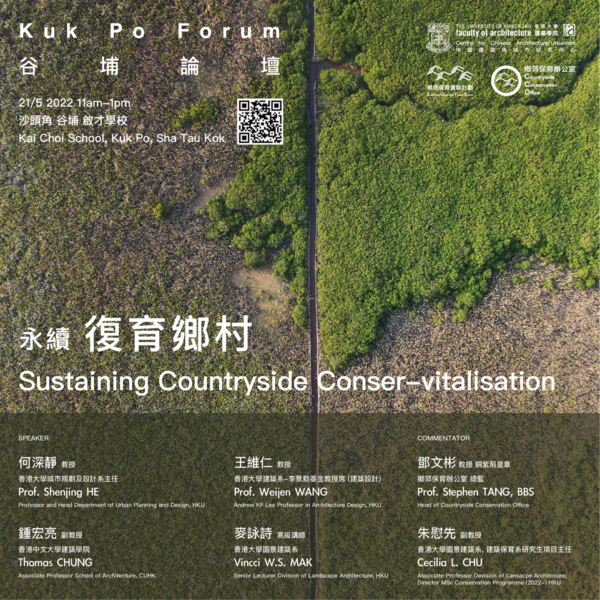 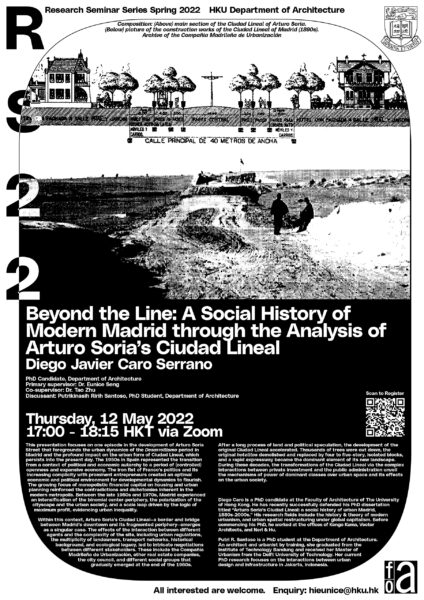 HKU-USF Distinguished Professor Webinar Series
Neil Brenner & Swarnabh Ghosh
Between the colossal and the catastrophic: Planetary urbanization and the political ecologies of emergent infectious disease
06 May 2022 (Friday)
Time: 10:00 am - 11:30 am
Venue: Zoom 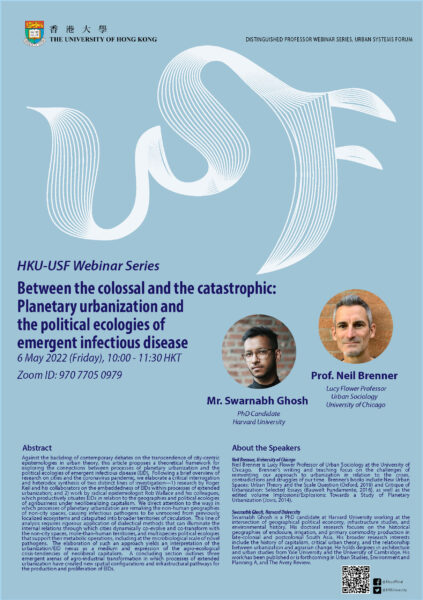 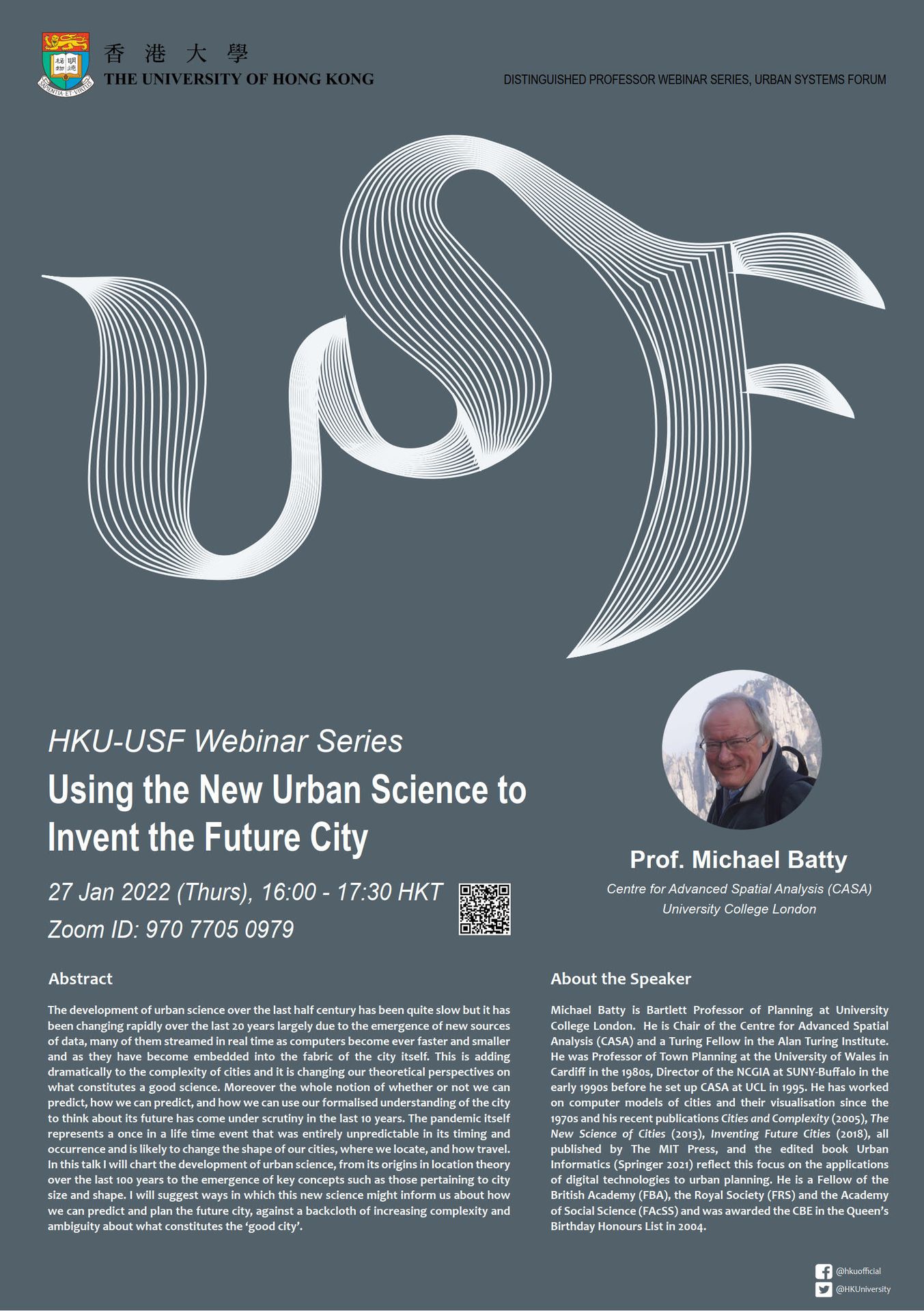 The development of urban science over the last half century has been quite slow but it has been changing rapidly over the last 20 years largely due to the emergence of new sources of data, many of them streamed in real time as computers become ever faster and smaller and as they have become embedded into the fabric of the city itself. This is adding dramatically to the complexity of cities and it is changing our theoretical perspectives on what constitutes a good science. Moreover the whole notion of whether or not we can predict, how we can predict, and how we can use our formalised understanding of the city to think about its future has come under scrutiny in the last 10 years. The pandemic itself represents a once in a life time event that was entirely unpredictable in its timing and occurrence and is likely to change the shape of our cities, where we locate, and how travel. In this talk I will chart the development of urban science, from its origins in location theory over the last 100 years to the emergence of key concepts such as those pertaining to city size and shape. I will suggest ways in which this new science might inform us about how we can predict and plan the future city, against a backcloth of increasing complexity and ambiguity about what constitutes the ‘good city’.

Prof. Michael Batty is Bartlett Professor of Planning at University College London. He is Chair of the Centre for Advanced Spatial Analysis (CASA) and a Turing Fellow in the Alan Turing Institute. He was Professor of Town Planning at the University of Wales in Cardiff in the 1980s, Director of the NCGIA at SUNY-Buffalo in the early 1990s before he set up CASA at UCL in 1995. He has worked on computer models of cities and their visualisation since the 1970s and his recent publications Cities and Complexity (2005), The New Science of Cities (2013), Inventing Future Cities (2018), all published by The MIT Press, and the edited book Urban Informatics (Springer 2021) reflect this focus on the applications of digital technologies to urban planning. He is a Fellow of the British Academy (FBA), the Royal Society (FRS) and the Academy of Social Science (FAcSS) and was awarded the CBE in the Queen’s Birthday Honours List in 2004.

~~ ALL INTERESTED ARE WELCOME ~~
Enquiries: 3917 2721
URBAN SYSTEM FORUM & DEPARTMENT OF URBAN PLANNING AND DESIGN
THE UNIVERSITY OF HONG KONG