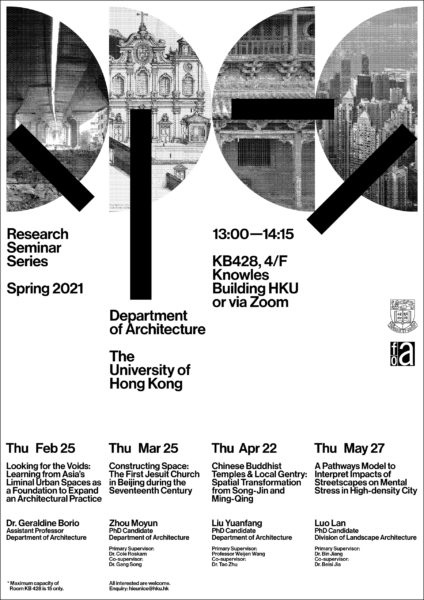 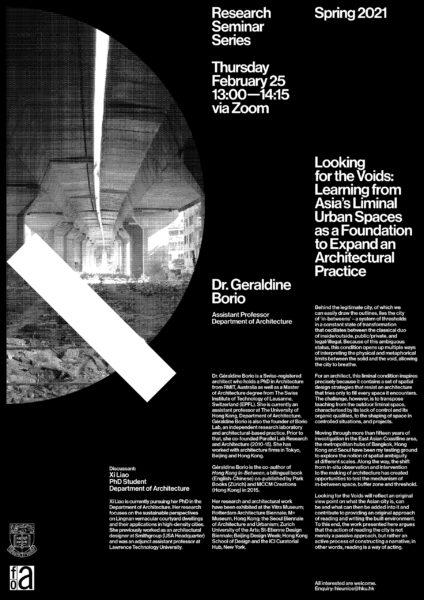 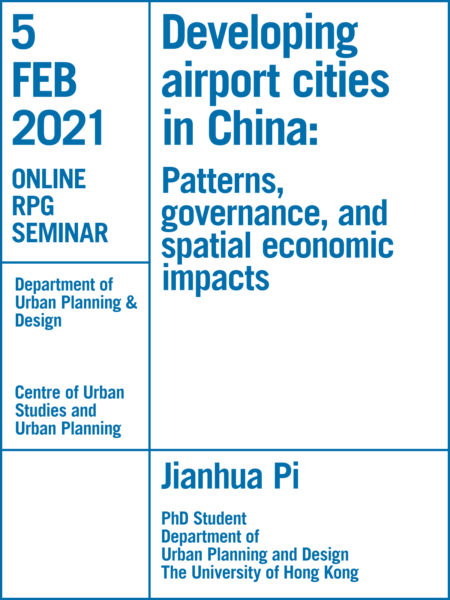 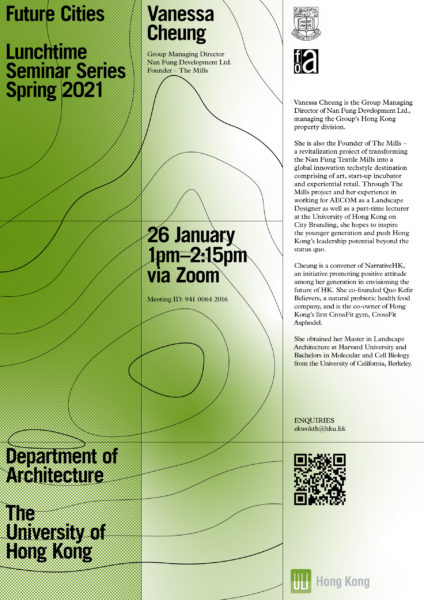 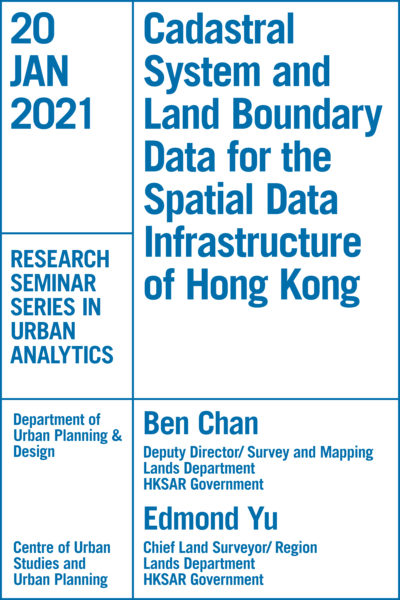 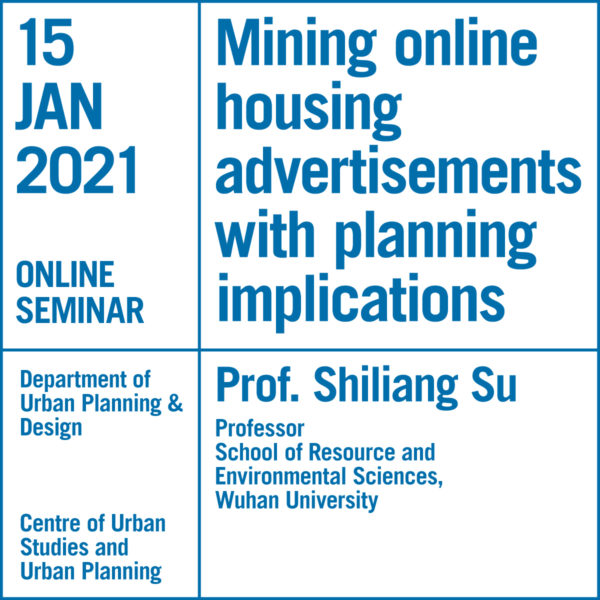 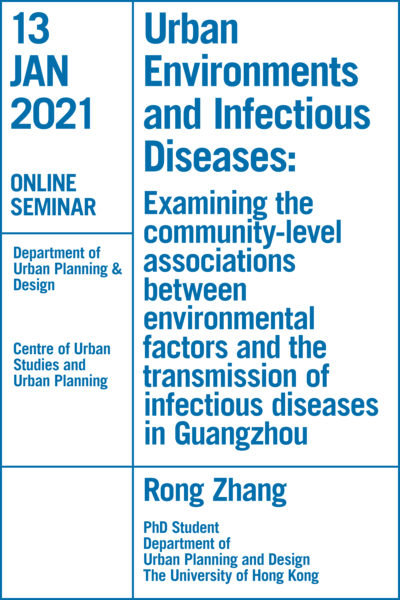 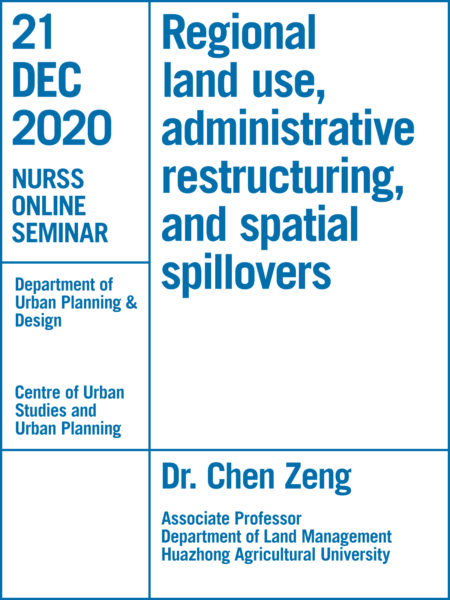 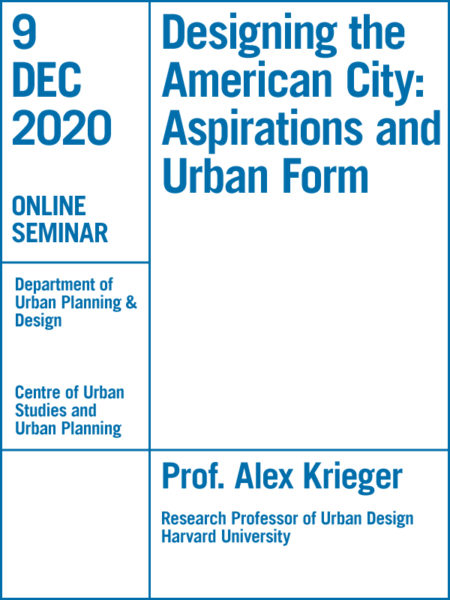 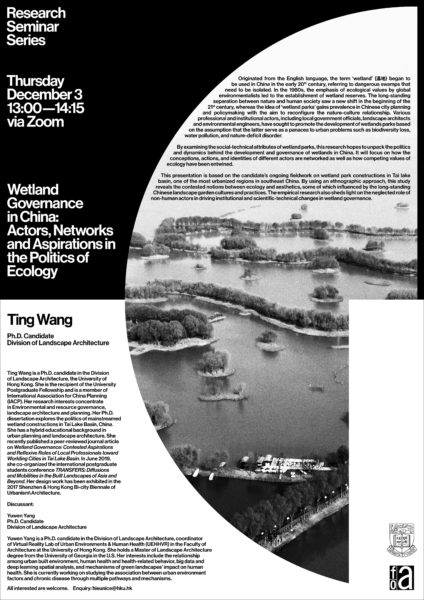 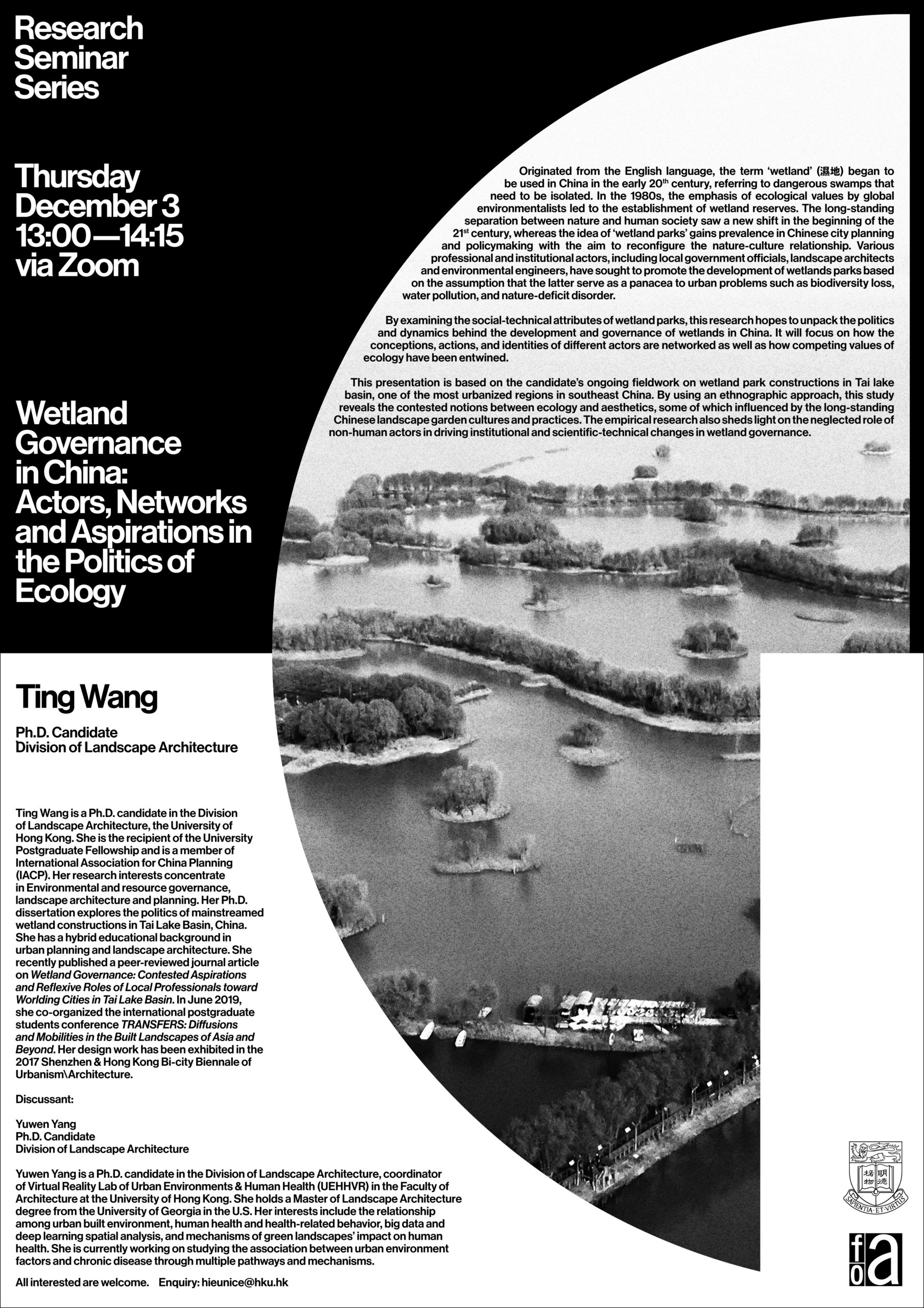 Originated from the English language, the term ‘wetland’ (濕地) began to be used in China in the early 20th century, referring to dangerous swamps that need to be isolated. In the 1980s, the emphasis of ecological values by global environmentalists led to the establishment of wetland reserves. The long-standing separation between nature and human society saw a new shift in the beginning of the 21st century, whereas the idea of ‘wetland parks’ gains prevalence in Chinese city planning and policymaking with the aim to reconfigure the nature-culture relationship. Various professional and institutional actors, including local government officials, landscape architects and environmental engineers, have sought to promote the development of wetlands parks based on the assumption that the latter serve as a panacea to urban problems such as biodiversity loss, water pollution, and nature-deficit disorder. By examining the social-technical attributes of wetland parks, this research hopes to unpack the politics and dynamics behind the development and governance of wetlands in China. It will focus on how the conceptions, actions, and identities of different actors are networked as well as how competing values of ecology have been entwined. This presentation is based on the candidate’s ongoing fieldwork on wetland park constructions in Tai lake basin, one of the most urbanized regions in southeast China. By using an ethnographic approach, this study reveals the contested notions between ecology and aesthetics, some of which influenced by the long-standing Chinese landscape garden cultures and practices. The empirical research also sheds light on the neglected role of non-human actors in driving institutional and scientific-technical changes in wetland governance.

Ting Wang is a Ph.D. candidate in the Division of Landscape Architecture, the University of Hong Kong. She is the recipient of the University Postgraduate Fellowship and is a member of International Association for China Planning (IACP). Her research interests concentrate in Environmental and resource governance, landscape architecture and planning. Her Ph.D. dissertation explores the politics of mainstreamed wetland constructions in Tai Lake Basin, China. She has a hybrid educational background in urban planning and landscape architecture. She recently published a peer-reviewed journal article on Wetland Governance: Contested Aspirations and Reflexive Roles of Local Professionals toward Worlding Cities in Tai Lake Basin. In June 2019, she co-organized the international postgraduate students conference TRANSFERS: Diffusions and Mobilities in the Built Landscapes of Asia and Beyond. Her design work has been exhibited in the 2017 Shenzhen & Hong Kong Bi-city Biennale of Urbanism\Architecture.

Yuwen Yang is a Ph.D. candidate in the Division of Landscape Architecture, coordinator of Virtual Reality Lab of Urban Environments & Human Health (UEHHVR) in the Faculty of Architecture at the University of Hong Kong. She holds a Master of Landscape Architecture degree from the University of Georgia in the U.S. Her interests include the relationship among urban built environment, human health and health-related behavior, big data and deep learning spatial analysis, and mechanisms of green landscapes’ impact on human health. She is currently working on studying the association between urban environment factors and chronic disease through multiple pathways and mechanisms.