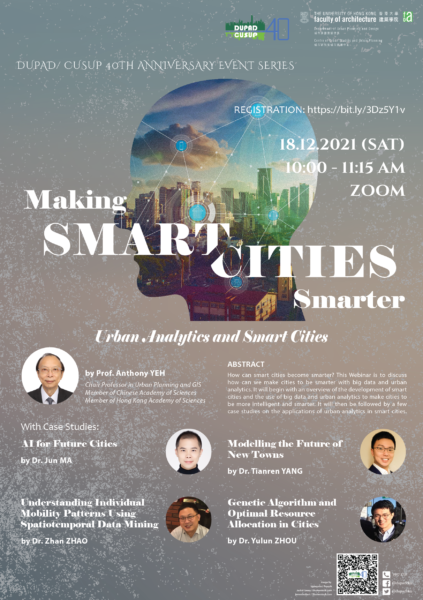 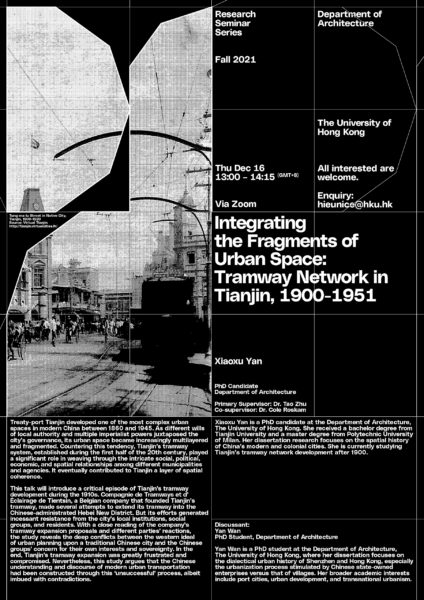 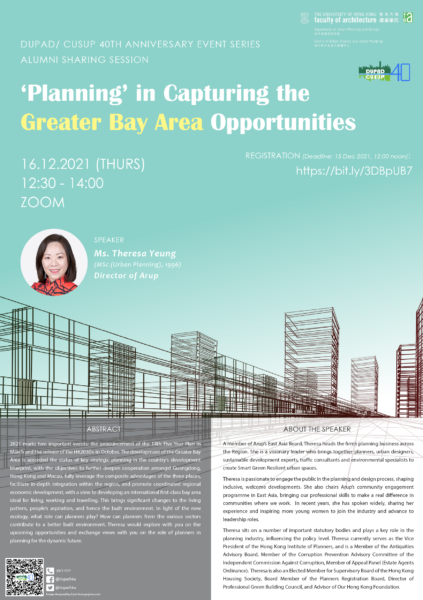 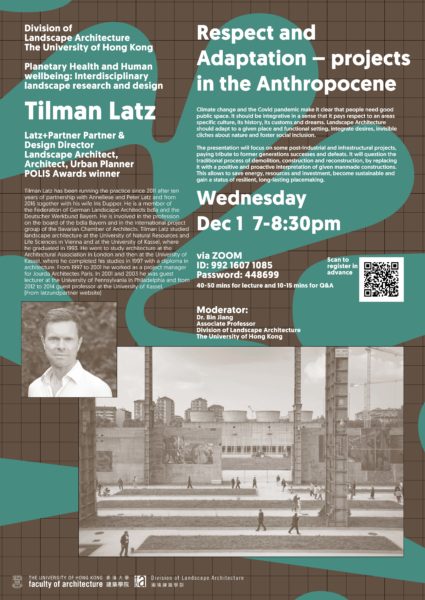 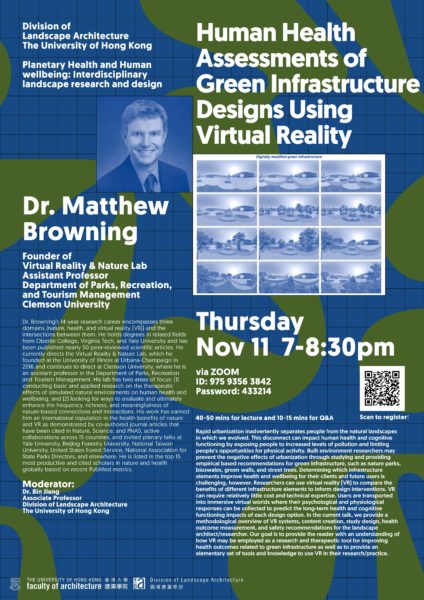 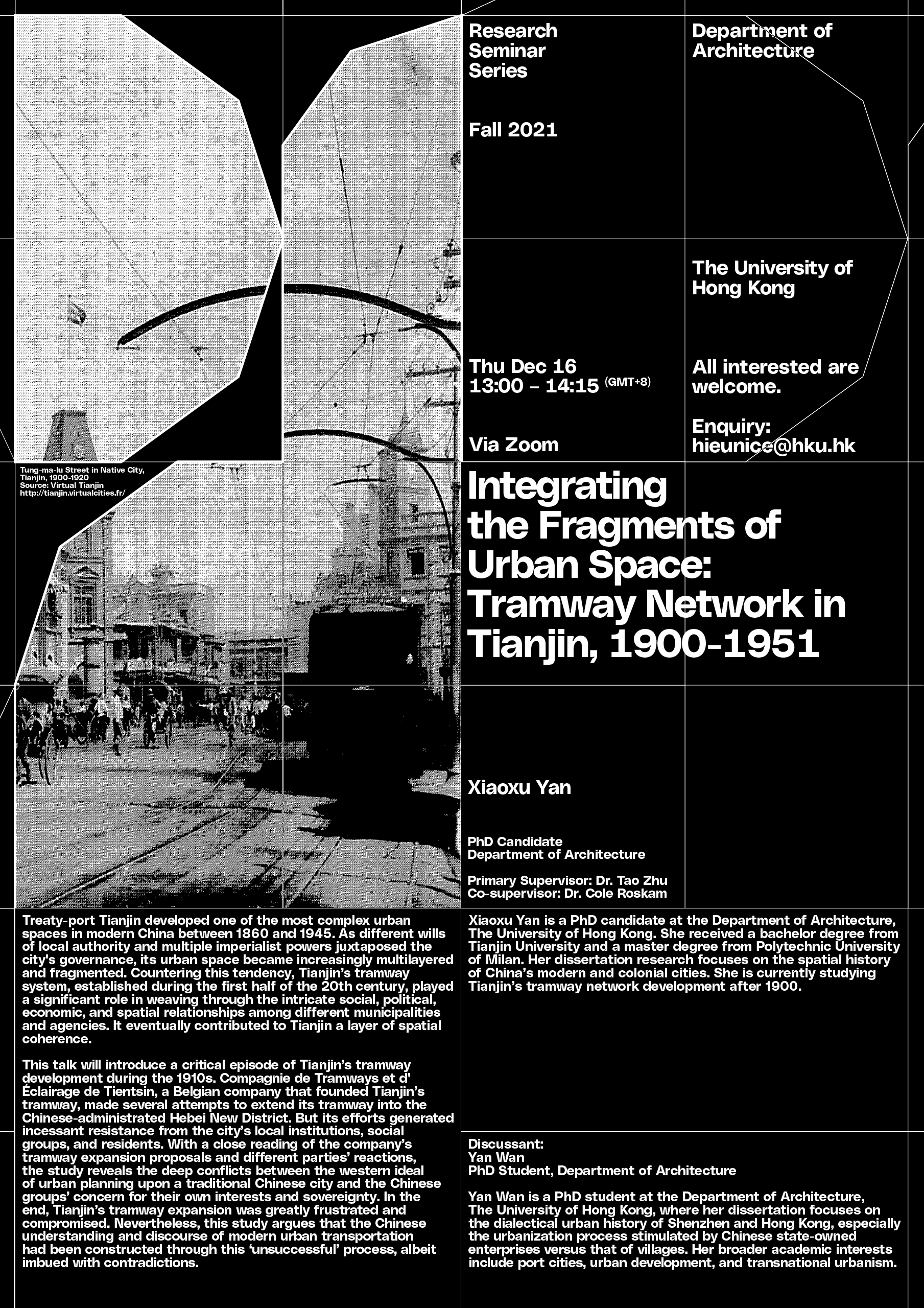 Register in advance for this research seminar series:
https://hku.zoom.us/meeting/register/tJIsd-GgqDwrHN3yc-Iz6Ku6jUGqRsOTCapy

After registering, you will receive a confirmation email containing information about joining the meeting.

Treaty-port Tianjin developed one of the most complex urban spaces in modern China between 1860 and 1945. As different wills of local authority and multiple imperialist powers juxtaposed the city’s governance, its urban space became increasingly multilayered and fragmented. Countering this tendency, Tianjin’s tramway system, established during the first half of the 20th century, played a significant role in weaving through the intricate social, political, economic, and spatial relationships among different municipalities and agencies. It eventually contributed to Tianjin a layer of spatial coherence.

This talk will introduce a critical episode of Tianjin’s tramway development during the 1910s. Compagnie de Tramways et d’ Éclairage de Tientsin, a Belgian company that founded Tianjin’s tramway, made several attempts to extend its tramway into the Chinese-administrated Hebei New District. But its efforts generated incessant resistance from the city’s local institutions, social groups, and residents. With a close reading of the company’s tramway expansion proposals and different parties’ reactions, the study reveals the deep conflicts between the western ideal of urban planning upon a traditional Chinese city and the Chinese groups’ concern for their own interests and sovereignty. In the end, Tianjin’s tramway expansion was greatly frustrated and compromised. Nevertheless, this study argues that the Chinese understanding and discourse of modern urban transportation had been constructed through this ‘unsuccessful’ process, albeit imbued with contradictions.

Xiaoxu Yan is a PhD candidate at the Department of Architecture, The University of Hong Kong. She received a bachelor degree from Tianjin University and a master degree from Polytechnic University of Milan. Her dissertation research focuses on the spatial history of China’s modern and colonial cities. She is currently studying Tianjin’s tramway network development after 1900.

Yan Wan is a PhD student at the Department of Architecture, The University of Hong Kong, where her dissertation focuses on the dialectical urban history of Shenzhen and Hong Kong, especially the urbanization process stimulated by Chinese state-owned enterprises versus that of villages. Her broader