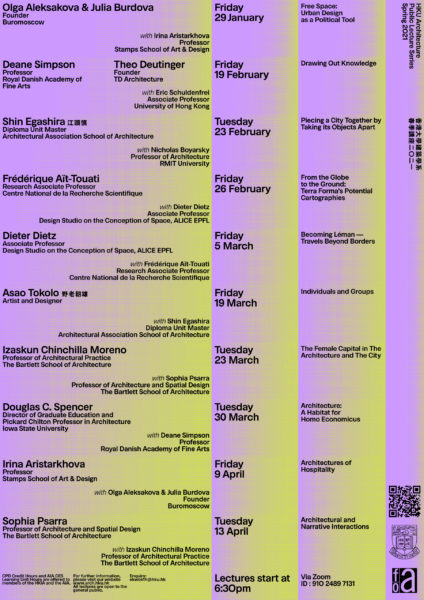 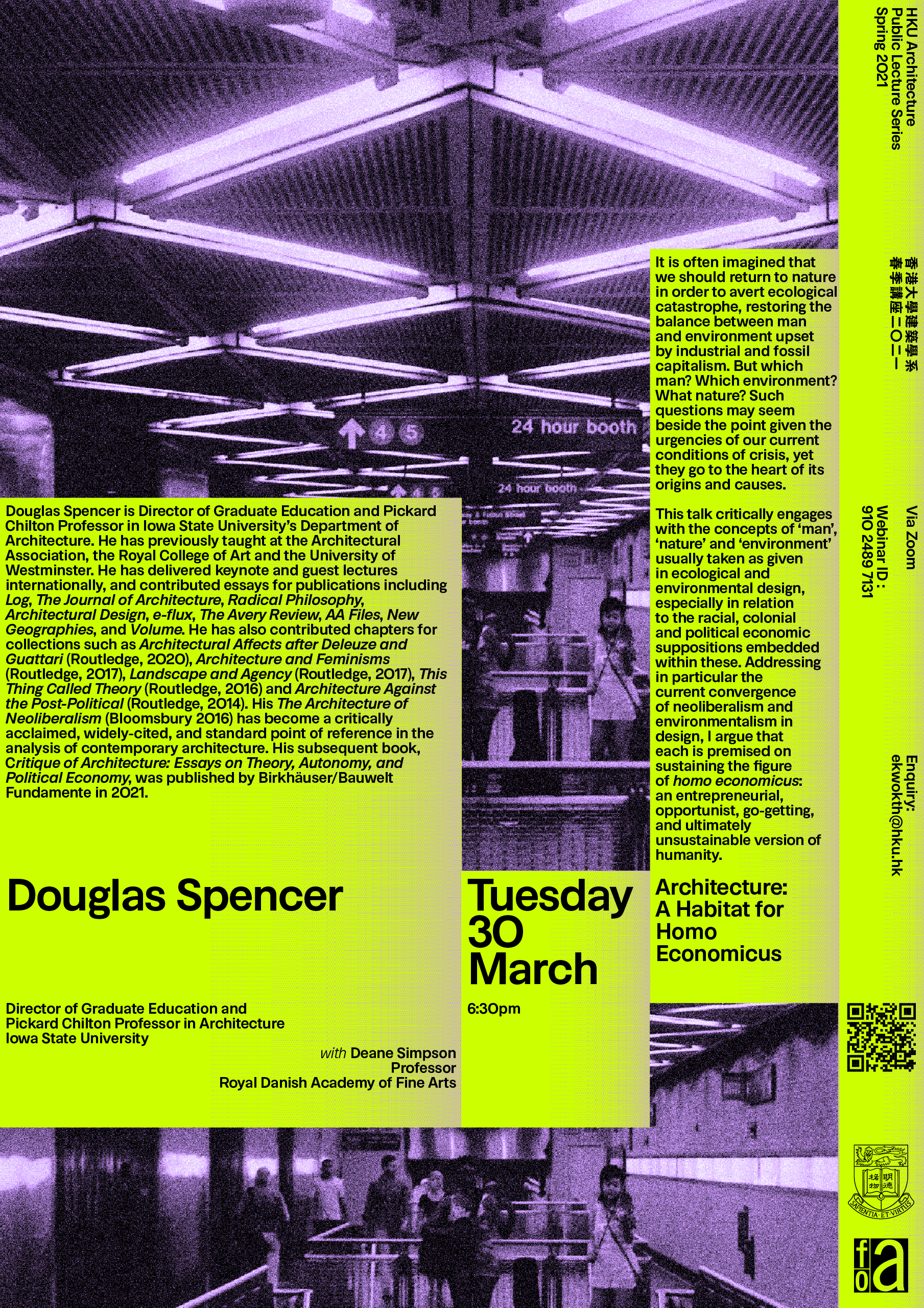 It is often imagined that we should return to nature in order to avert ecological catastrophe, restoring the balance between man and environment upset by industrial and fossil capitalism. But which man? Which environment? What nature? Such questions may seem beside the point given the urgencies of our current conditions of crisis, yet they go to the heart of its origins and causes.

This talk critically engages with the concepts of ‘man’, ‘nature’ and ‘environment’ usually taken as given in ecological and environmental design, especially in relation to the racial, colonial and political economic suppositions embedded within these. Addressing in particular the current convergence of neoliberalism and environmentalism in design, I argue that each is premised on sustaining the figure of homo economicus: an entrepreneurial, opportunist, go-getting, and ultimately unsustainable version of humanity.