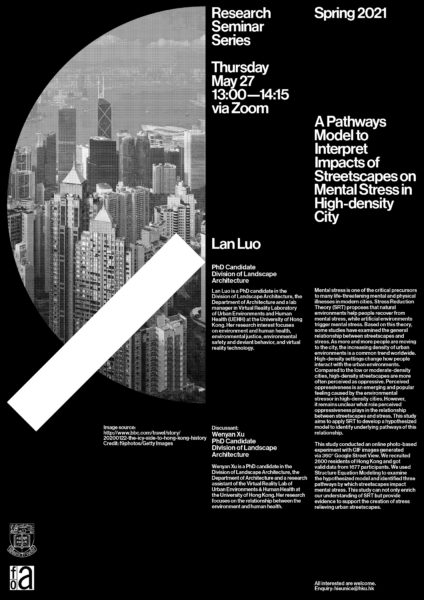 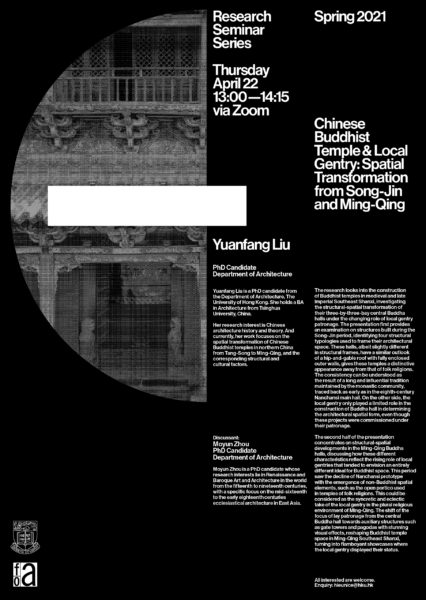 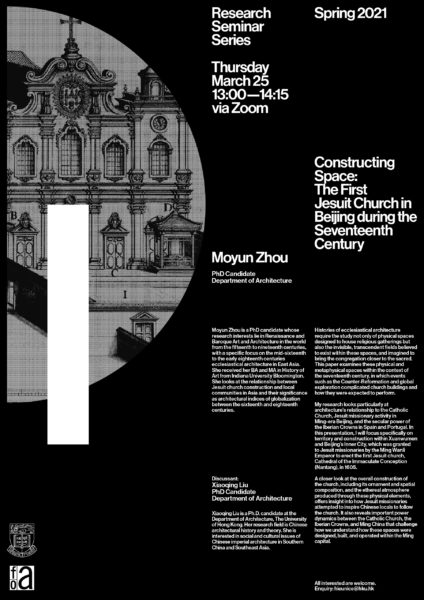 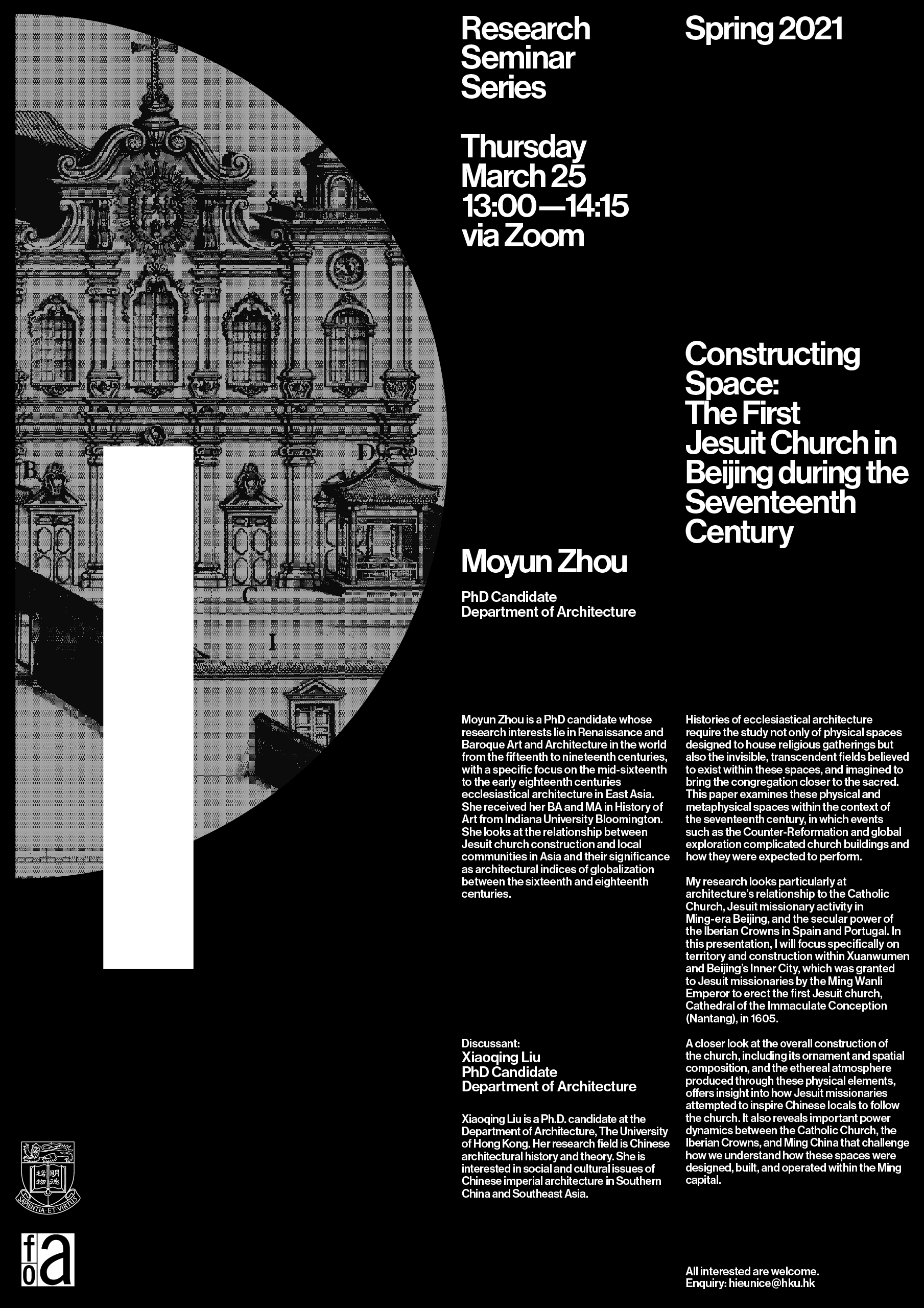 Histories of ecclesiastical architecture require the study not only of physical spaces designed to house religious gatherings but also the invisible, transcendent fields believed to exist within these spaces, and imagined to bring the congregation closer to the sacred. This paper examines these physical and metaphysical spaces within the context of the seventeenth century, in which events such as the Counter-Reformation and global exploration complicated church buildings and how they were expected to perform.

My research looks particularly at architecture’s relationship to the Catholic Church, Jesuit missionary activity in Ming-era Beijing, and the secular power of the Iberian Crowns in Spain and Portugal. In this presentation, I will focus specifically on territory and construction within Xuanwumen and Beijing’s Inner City, which was granted to Jesuit missionaries by the Ming Wanli Emperor to erect the first Jesuit church, Cathedral of the Immaculate Conception (Nantang), in 1605.

A closer look at the overall construction of the church, including its ornament and spatial composition, and the ethereal atmosphere produced through these physical elements, offers insight into how Jesuit missionaries attempted to inspire Chinese locals to follow the church. It also reveals important power dynamics between the Catholic Church, the Iberian Crowns, and Ming China that challenge how we understand how these spaces were designed, built, and operated within the Ming capital.

Moyun Zhou is a PhD student whose research interests lie in Renaissance and Baroque Art and Architecture in the world from the fifteenth to nineteenth centuries, with a specific focus on the mid-sixteenth to the early eighteenth centuries ecclesiastical architecture in East Asia. She received her BA and MA in History of Art from Indiana University Bloomington. She looks at the relationship between Jesuit church construction and local communities in Asia and their significance as architectural indices of globalization between the sixteenth and eighteenth centuries.

Xiaoqing Liu is a Ph.D. candidate at the Department of Architecture, The University of Hong Kong. Her research field is Chinese architectural history and theory. She is interested in social and cultural issues of Chinese imperial architecture in Southern China and Southeast Asia.